The Droimeann cow can come in a variety of colours from nearly all black and red to all white with dark ears and muzzle. They also come speckled sided but the most common colour is dark sided black, red or blue with a white back and underside. They generally have a white tail and a white diamond shape on their flank. Typically they are horned but occasionally come polled. The Droimeann is a medium sized cow that is hardy in nature and easy to maintain. The ideal cow should average around 130cm (30”) at the shoulder and always looks in proportion. She should be deep bodied with a flexible rib giving her the capacity to store large quantities of forage. This will enable her to thrive on poor quality pasture. A good width between the hip bones is desirable for easy calving. The breed is noted for being extremely fertile in comparison to other breeds, heifers generally fertile from about five months of age and the breed is also noted for quick turnaround between calving and coming into heat even in harsh conditions.

Droimeann cattle are mentioned in the historical record in songs and poetry going back over a thousand years. Some of the references include;

Two of the most well-known songs out of the above list referring to the breed are; An Droimeann Donn Dílis and Bó na Leath Adhairce (One-Horned Cow)

The use of the Droimeann Cow as a metaphor points to the ubiquitous nature of the breed at the time that the poem An Droimeann Donn Dílis was composed in the 17th century, the cow here used as a device to lament the supplanting of the old Gaelic order following the final conquest of Ireland;

O droimeann donn dílis, O flower of the lea, Where are you by night time, where are you by day ? I’m confined to the woodlands, my minder in tow, and it’s there that he’s left me, in tears, lying low. I’m bereft of a homestead, land, music and wine, attendants and princes are no longer mine, I’ve nothing but water to fill my poor cup, While on whiskey and wine my foes gaily sup. Could I get access to, or sight of that crew, I’d dispose of the Sasanach like a battered old shoe. Then thro’ hills and thro’ bogs, and thro’ places of thorn, Is how I will guide you, my young Droimeann Donn.

The historical record refers to a breed of cow known as The Common Cow of Ireland as one of the most common types found in Ireland in historical times and the descriptions of this cow accord with the colorations found within the Droimeann breed which was nearly extinct by the turn of the 21st century. It is thanks to the advances in genetic testing along with support from the Dept. of Agriculture, Food and the Marine along with the Irish Cattle Breeding Federation as well as Teagasc and Weatherbys that the breed was brought back from the brink of extinction. In recognition of the genetic testing that had taken place over the preceding years, DAFM wrote to the society in 2016 to acknowledge the breed as being distinct and following the drafting of Herd Book Rules as well as the formulation of a breeding programme and management plan an official herd book was established with the consent of DAFM in 2018. In 2020, following an examination of the historical record of Droimeann cattle in Ireland, the breed was granted indigenous status. In order to preserve as much of the gene-pool as possible and to breed the breed back to purity, while being mindful of the dangers of inbreeding in a small cohort of animals, the society maintains a herd book with both a main section and a supplementary herd register. Over time as the numbers of pure animals increase, the supplementary herd register will be closed off.

Historically cattle breeds in Ireland were valued for their milk producing qualities in what was until the Elizabethan settlement a largely pastoral society. However nowadays most Droimeann cattle are in suckler herds but a number of the societies’ members have them in dairy herds. Droimeann cattle do well in harsh conditions, are easily outwintered and subsist on a diet which would not maintain Continental breeds and indeed can thrive and are very fertile on almost any setting. They are to be found in the uplands and on the lowlands and are adaptable to a wide range of settings.

Case studies –  highlighting how the breed is being farmed in Ireland

For further information about the breed the society can be contacted as follows;
The Droimeann Cattle Co-Operative Society Ltd.,
Morgans House,
Askeaton,
Co. Limerick,
V94 K462
droimeanncattle@hotmail.com
089 4937376
Further information can also be gleaned from the societies’ website and Facebook page. 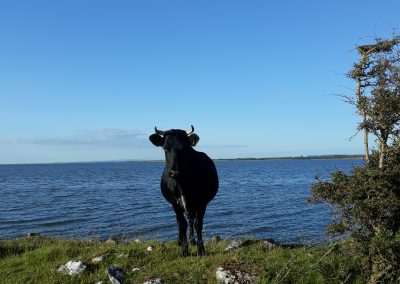 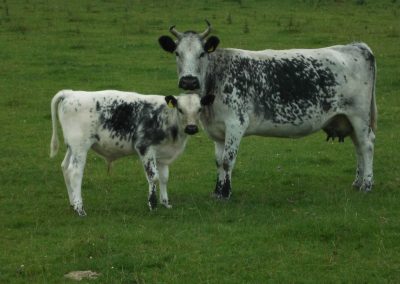 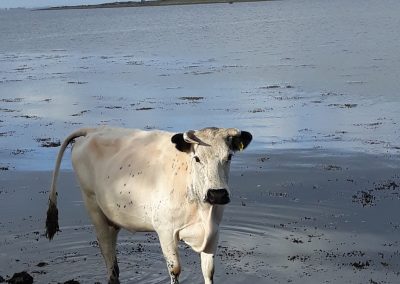 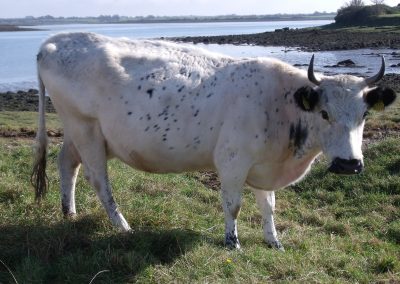 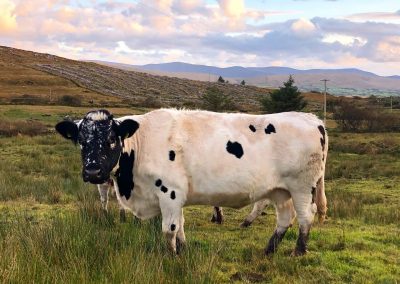 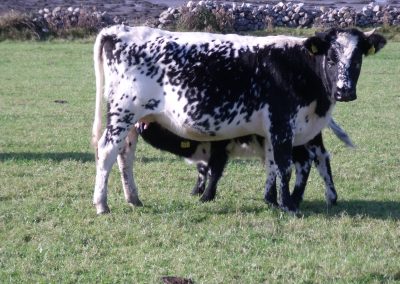 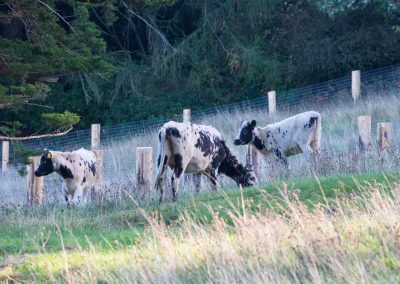 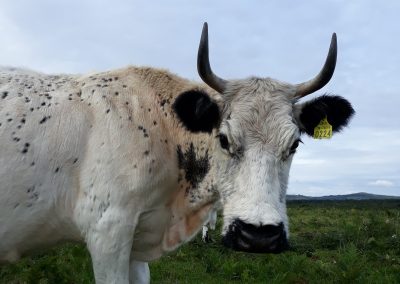 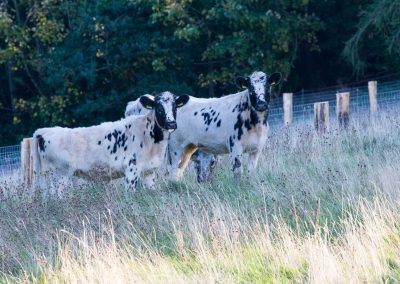 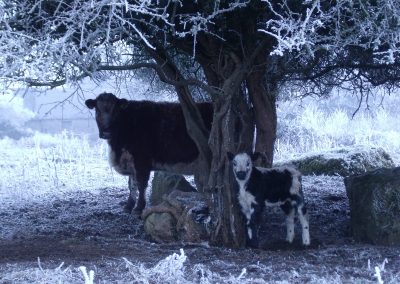 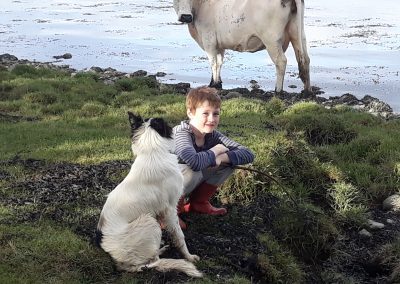 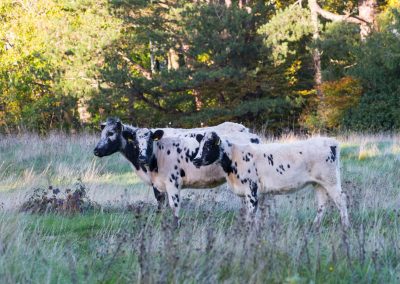 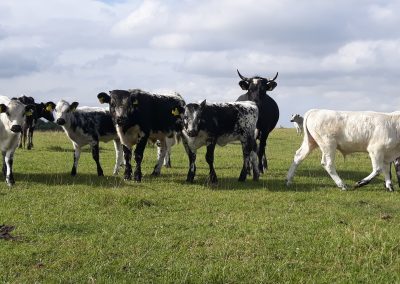 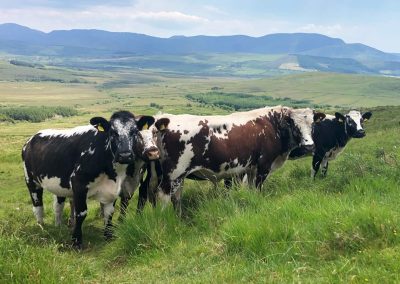 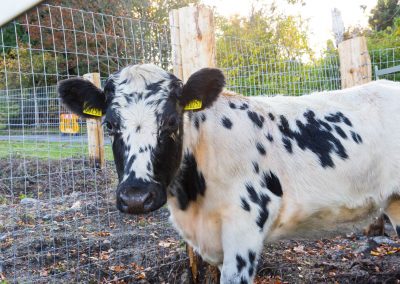 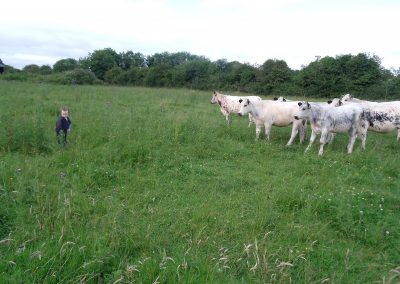 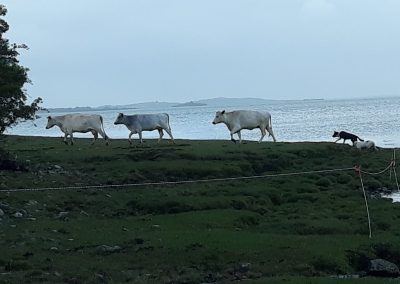 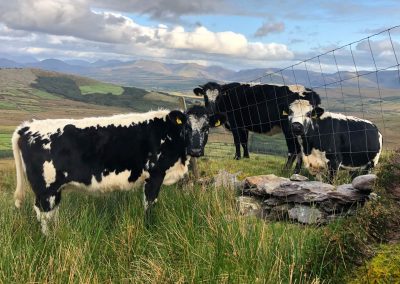 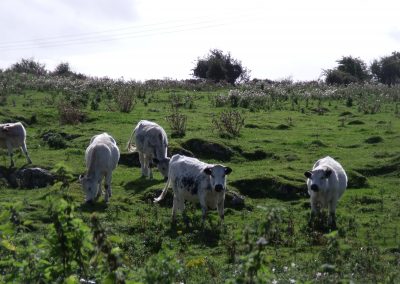 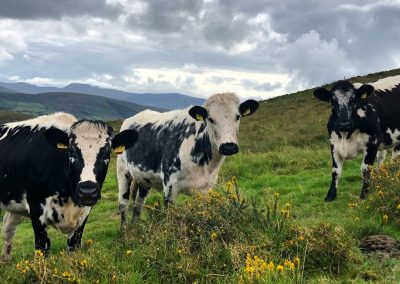 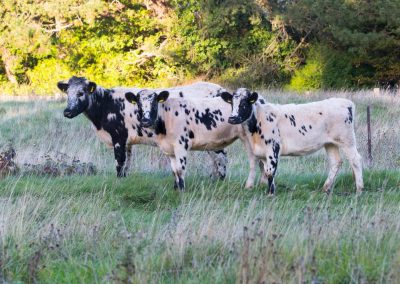 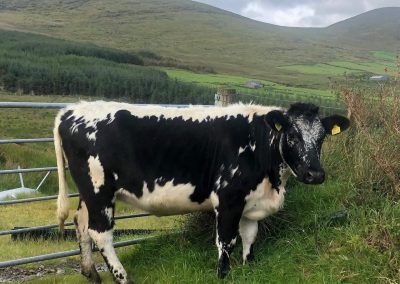