Recognised but not yet accorded indigenous status. INRBS is supportive of indigenous status being granted. Irish Cob breeders will be working with INRBS as well as the Genetic Resources Committee at the Department of Agriculture, Food and the Marine, Horse Sport Ireland, Weatherby’s Scientific, and Teagasc to genotype the Irish Cob in an effort to preserve and protect the breed.

The Irish Cob have an imposing presence with a stout, powerful body. They are noted for their excellent temperament and flowing hair. Their wide short backs make them very comfortable under saddle.

The Irish Cob is ideal for leisure riders, being very good weight bearers, versatile and kind. They are suited for children, pony clubs and adults alike for riding and driving.

The Irish Cob breed was developed by the travelling community in Ireland. For hundreds of years these sturdy hard-working horses pulled wagons and carts throughout Ireland, Britain and Europe. The breed adopted to be strong and versatile. They needed to be gentle enough to be handled by children but sturdy enough to pull a wagon all day.

The Irish Cob is a native Irish breed and although it has a long history, the studbook was only officially founded in 1998. Prior to this, lineages were passed down verbally from generation to generation. The breed to referred to worldwide by many different names such as gypsy cob, gypsy horse, gypsy vanner and Irish tinker

Native breeds of horse are excellent for conservation grazing, they can manage area of difficult terrain that machinery cannot access. As with all horses, the Irish Cob are selective grazers, leaving a mosaic of habitat if the site being grazed is large enough to allow extensive grazing to occur. They will move through mature heather, gorse and bracken knocking back regrowth and creating tracks for other grazers such as sheep and goats.

Lowland grassland situations are suitable where a short grass sward or a mosaic of habitats is required for ground nesting birds. The Irish Cob is suitable for grazing aftermath of hay meadows in the Autumn to produce a short sward for Spring growth the following year. Due to their weight the site needs to be carefully monitored as poaching and soil compaction can become a problem if forage becomes scarce or the site becomes wet and supplementary feeding is required.

For further information on the breed contact Brigid Devine at devineequestrian@gmail.com. 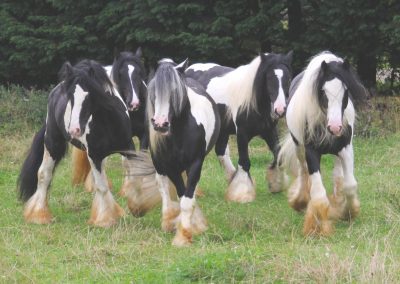 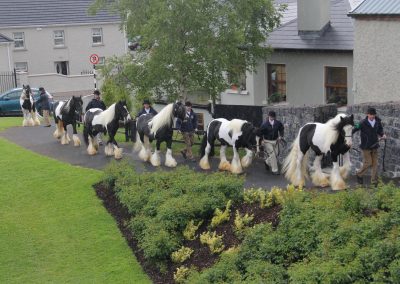 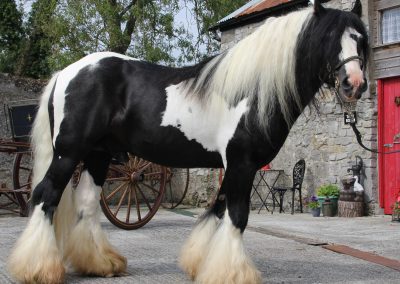 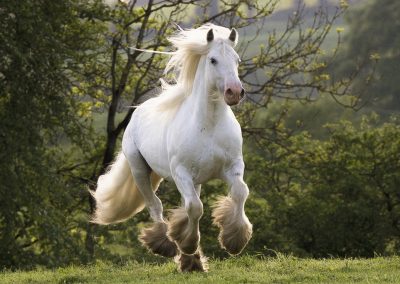 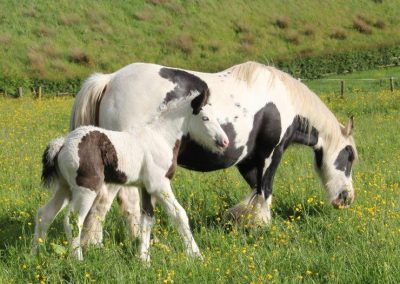 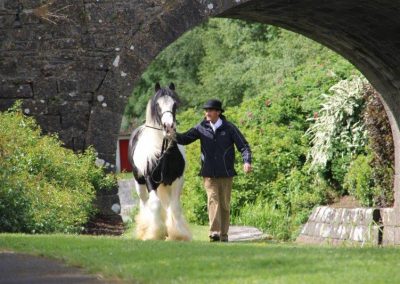 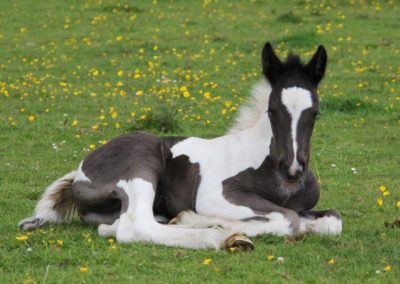 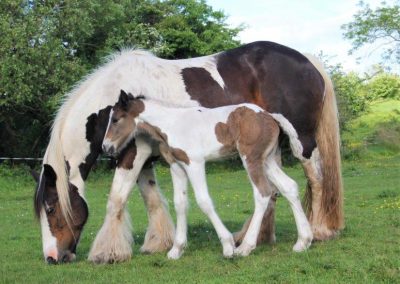 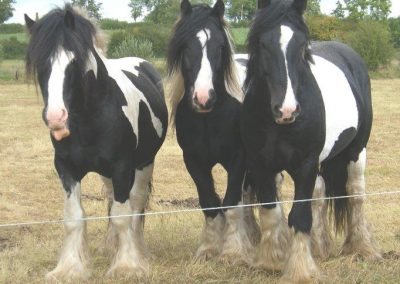